Last evening, August 8, Andry Westerhout gave a great guest training at Baas Sports Curaçao.
Just like 3 years ago YdK Andry and his family, wife Yvonne and two sons Xyando en Quanyi, have been in Curaçao for a few weeks and the whole family has already trained a few times at Baas Sports.
Andry Westerhout started with taekwondo in Enkhuizen and soon turned out to have a talent for the sport. His trainer, the Curaçao native Millis Prens, who is very open minded with regard to the development of his students, brought Andry in 1993 to Taekyon Haarlem by Marc van Keulen. Top fighters from all over the country gathered to train together at Taekyon Haarlem and Marc produced many champions. Edwin Baas was also 1 of the A-class fighters.
Traveling several times a week from Enkhuizen to Haarlem turned out to be fruitful, because a year later Andry became Dutch Champion of the TBN (Taekwondo Bond Nederland) in the higher A-class segment for the first time. Many international achievements followed as a member of the Dutch team. 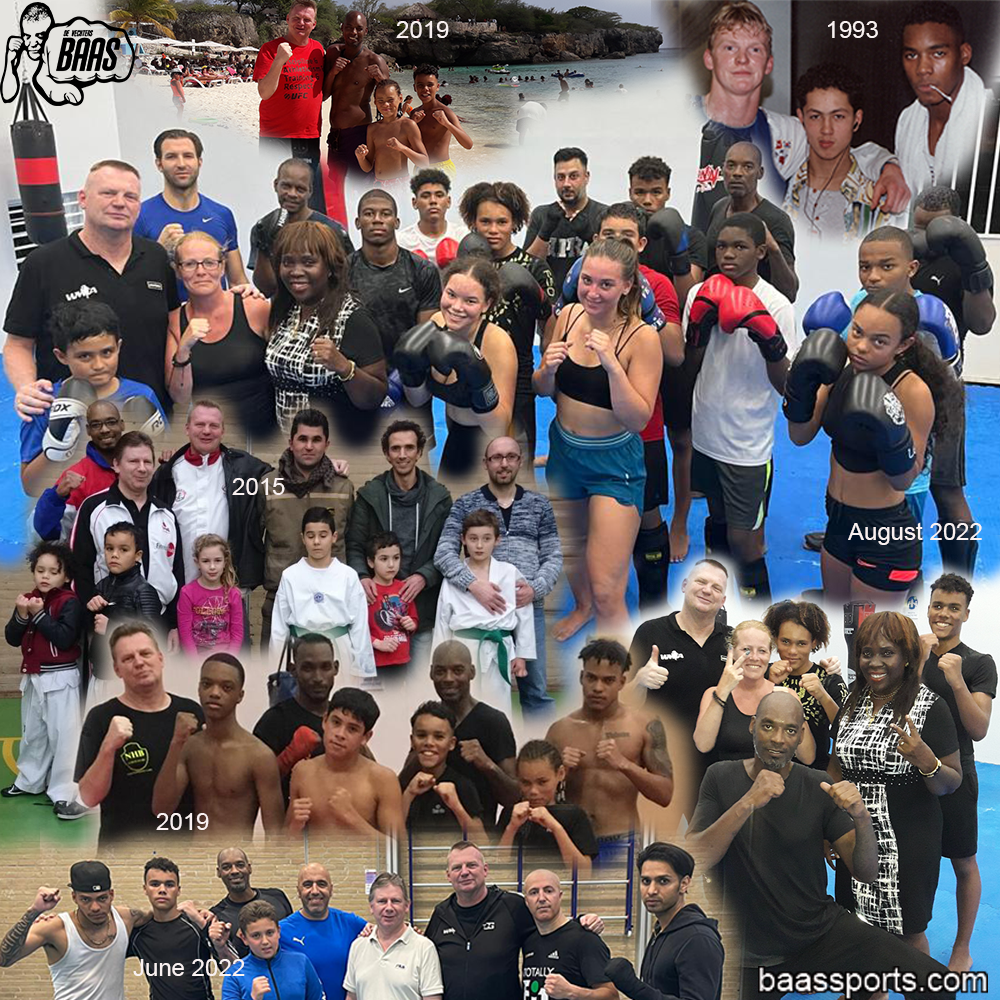 Saturday August 27 it is International Boxing Day and CuraBox celebrates this with some boxing bouts. From Baas Sports Vitorio de Joode (15) will make his debut. Free entrance so come and support him. #internationalboxingassociation #InternationalBoxingDay...

END_OF_DOCUMENT_TOKEN_TO_BE_REPLACED

In the month of July, kickboxers, including new members, can get a pair of new shin guards for free (while supplies last).

END_OF_DOCUMENT_TOKEN_TO_BE_REPLACED

Raekwon Mo-A-Lee Baas (19) was born and raised in Curaçao from a Surinamese mother Palmira Baas-Sandvliet and a Dutch father Edwin Baas of Baas Sports Curaçao.Raekwon came into contact with martial arts at a young age through his parents, but he liked football more...